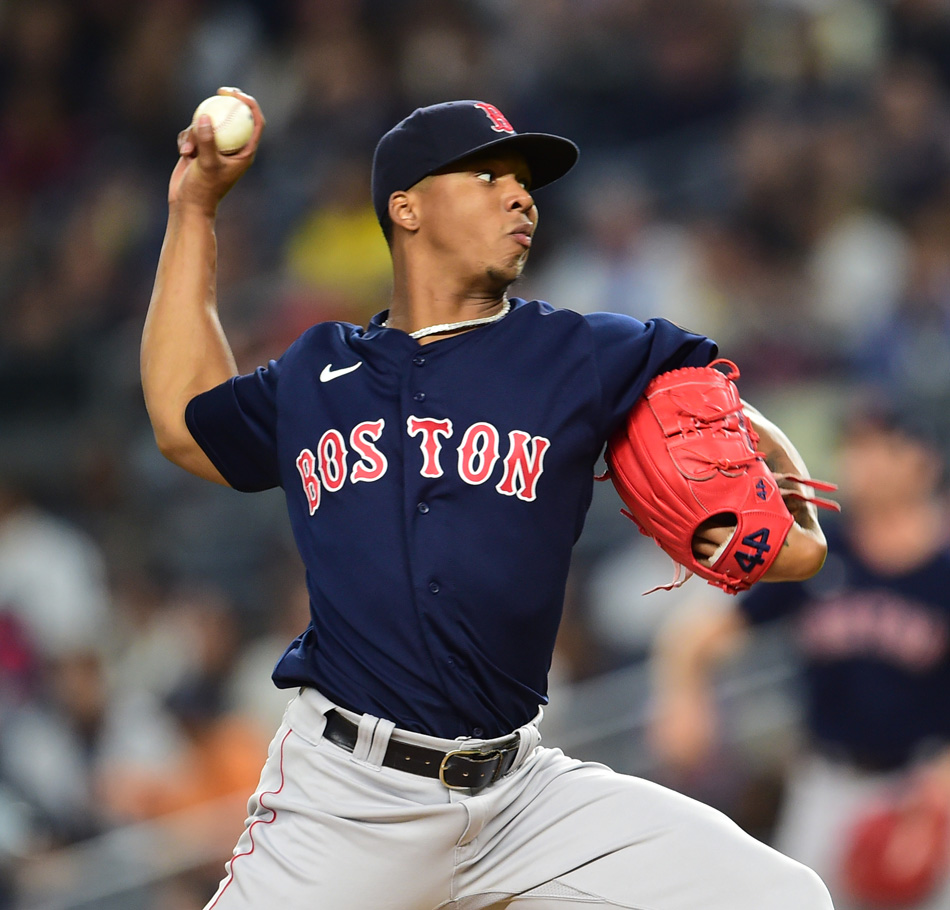 Bronx, NY – Brayan Bello had the task Sunday night at Yankee Stadium as a sellout crowd of 46,707 waited on every pitch he delivered to the Yankees Aaron Judge, who was one home run shy of tying the AL single season home run record of 61 set by Roger Maris.

Bello, the 23 year old Red Sox rookie righthander, (Samana, Dominican Republic) did not succumb to the pressure of becoming a name etched in baseball history.

He would challenge Judge with a changeup, a slider. He gave up a double to Judge that went down the left field line on a second pitch sinker in the bottom of the first. 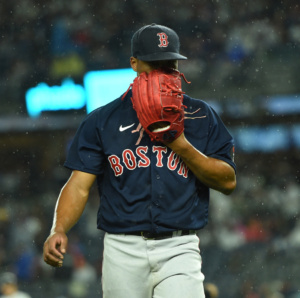 “I know there were big moments for him, but I wasn’t really too much tracked into that,” he said after the Red Sox fell short, 2-0 to the Yankees in a rain shortened six inning game. “I just wanted to attack him and try to get him out as I do with any other batter. Definitely for me, nothing changed in my approach to him or anything like that.” 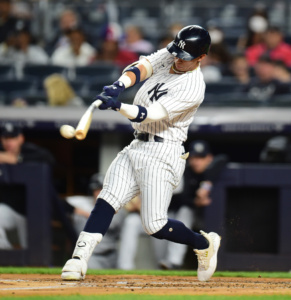 The Yankees won their seventh straight game as Judge will now take his home run show to Toronto Monday night, attempting to tie and break the home run record. A win will also clinch the AL East title for the Yankees, who left the Bronx with a magic number of two.

So Aaron Judge will wait another day for a home run the entire baseball world awaits. Though over 180,000 fans the past four Yankees games in the Bronx were disappointed they were denied a chance to witness baseball history.

”I don’t want to put any expectation on him,” said Yankees Manager Aaron Boone. “I feel like he’ll get there and when he does it’ll be amazing.”

Sunday night in the Bronx, with Judge due to bat again in the bottom of the sixth, the rain came in stronger than the 60 home runs that Judge has hit out of Yankee Stadium and other ballparks around the league. 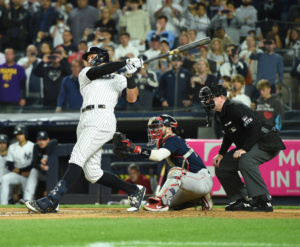 But the 61st home run has been elusive for Judge, 15 at bats since hitting humber 60 Tuesday night against the Pirates, as every at bat the baseball world and eyes were focused on #99. Though, in due time, perhaps Monday night up in Toronto, Judge will hit the milestone.

Back to Bello, and how he handled every pitch, and it was good as it gets from a rookie that the Red Sox plan to use more next season as they rebuild off a disappointing 2022 season that sits them last to the Yankees in the division.

“I felt good, really good,” Bello said. “To be honest, I didn’t realize it was so many people. Obviously I knew it was a lot of people. But it wasn’t a big problem for me or anything like that. It didn’t bother me at all.”

In the fifth inning, Bello threw a first pitch slider to Judge that went for an out to center, though getting under it too much.

“Yeah, I missed a little bit on that pitch,: Bello said. “It was a slider for a strike but I left it up a little bit.”

Regardless of getting the loss, Bello has allowed one earned run in four of his last five starts. He did not succumb to the pressure of pitching before a large crowd at Yankee Stadium, under the spotlight of pitching to Aaron Judge. 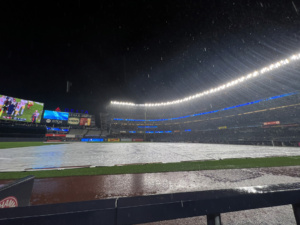 Bothersome, though, was the torrential rain that began and put a halt to play with Judge set to leadoff in the bottom of the sixth. Bello was done for the night and the tarp never came off the field as a lightning bolt struck Yankee Stadium.

Judge would be denied a home run, now, so perhaps the bolt was an omen to take this show to Toronto. 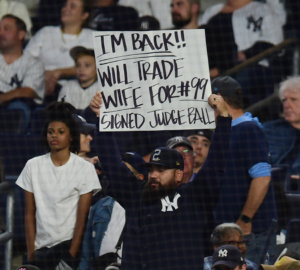 He will hit number 62 to break the record, and it may not come in the Bronx and many of the 46,707 waited over an hour and a half Sunday night because they wanted to see Aaron Judge one more time. The Red Sox will not be a team that will go in the record books with a pitcher that gave up the home runs to Aaron Judge.

Bello impressed his manager and perhaps this was a test for next year as there are plans to possibly slot him in their pitching rotation.

“That’s the beauty of this. He keeps growing and he keeps learning.”

Rich Mancuso is a senior writer for Latinosports.com Twitter@Ring786 Facebook.com Watch “Sports with Rich” live on Tuesday Nights at 8pm EST on The SLG Network/Youtube with Robert Rizzo Available on Apple Podcasts and Spotify under The SLG Network.