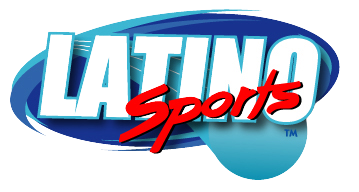 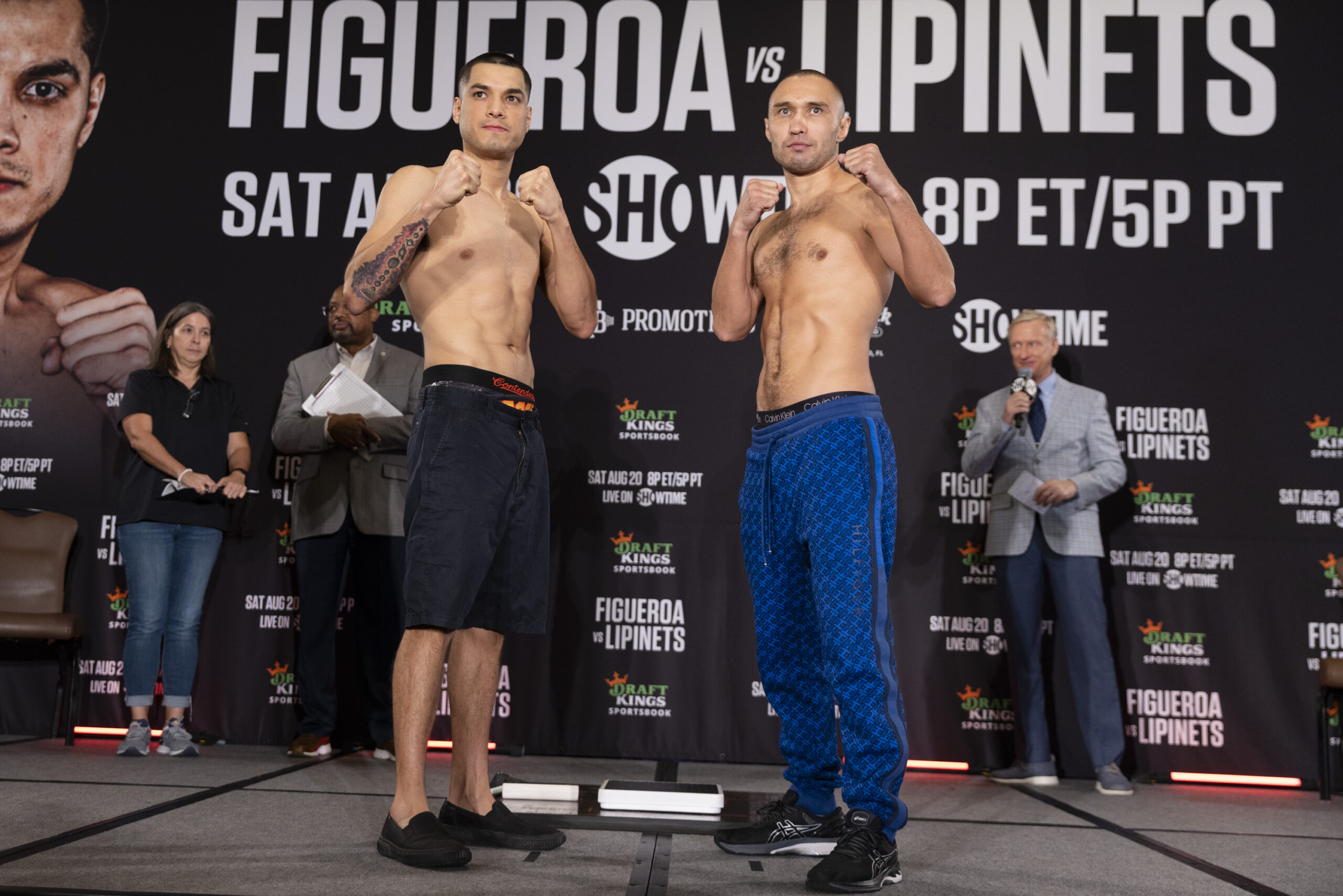 New York- Saturday night the Summer calendar of boxing continues with televised fights on Showtime and ESPN, and the heavyweight championship rematch televised on DAZN as Anthony Joshua attempts to regain the WBA, IBF, and WBO titles from Oleksandr Usyk.

Lipinets became a replacement last week and saved the fight for Figueroa, as four-time champion Adrian Broner pulled out because of his claim of suffering from mental illness.

Two interesting fights on opposing networks, and a nice appetite for boxing fans as the Summer season preludes what will be a busy Autumn, highlighted with a trilogy, September 17, Canelo Alvarez defending the unified super middleweight titles against Gennadiy Golovkin.

Figueroa, though, is the intriguing fight of the night. He prepared for Broner, had a rigorous training camp, and made adjustments for his new opponent. Also, a win and Figueroa puts himself in position as a contender in a premiere division of the sport.

Last weekend, former lightweight champion Teofimo Lopez had a successful return to the ring in his debut fight at 140. The division is also dominated with former champions Josh Taylor and Jose Ramirez. Also, Ryan Garcia, the undefeated Mexican-American lightweight has moved up in weight class and is in the mix for a possible title opportunity next year.

As for Figueroa, he too, a Mexican-American, living in Weslaco Texas, the anticipation is a quick adjustment to a new opponent.

“Obviously we were preparing for a certain style, but the fight fell through, so I just have to take all my experience and the things I’ve learned all these years and apply it toward Sergey,” Figueroa said this week. “He’s no pushover and he’s a former world champion. We know we have our hands full.”

“All the troubles with camp, and dealing with the weight cut and all that camp entails, I was hoping to take it out on Broner. And now I have to take it out on Sergey. It’s me against him. We have seen some videos of him. It hasn’t been hard to find. So we know more or less what to expect.”

Navarette is Prepared: Top Rank has been blessed with Mexican fighters that have an ability of knocking out opponents at a tremendous ratio and Navarrete is no exception. He is one of the better fighters with a 80.56 percent knockout ratio and hopes to add to that mark Saturday evening.

More importantly, though, Navarette is exciting and takes opponents to the limit with his inside power and technical ability. His previous fights televised on ESPN have also been popular and have compiled some of the best ratings since the beginning of the network and Top Rank alignment.

However, Navarrete, and for any number of reasons, has not been in the ring since taking the title from Joet Gonzalez, last October in a 12-round unanimous decision.

“I feel really good,” Navarrete,” said this week. “We had a great preparation. We’re going to be making a really good return. It is a bit hard to make the weight because of the time that we were away from the ring. But aside from that, there’s nothing that worries me about being able to make this defense of my championship in excellent fashion.”

“I think Baez is coming with a strong desire to win. He is very well conditioned, and that can make for a great fight. I’ve also prepared very well. We both want this world championship. I have it, but he wants to snatch it away from me. That can make for a great fight from the start. So, I think this fight will lend itself to being a great matchup. We hope that Baez comes out very strong, that we both last the 12 rounds, and that we fight at a very high level.”

Rich Mancuso is a senior writer with Latinosports.com Twitter@Ring786 Facebook.com/Rich Mancuso. Watch “Sports With Rich” with Rich and Robert Rizzo Tuesday evening live 8pmET on the SLG Network and YouTube